Friday Eve Uke Fest Cabaret
The first Uke Fest took place in 2012 at Aster Café, featuring performances from a handful of local musicians, including Vernon. After the success of the first Uke Fest, Vernon decided to take up the project the next year, and she has organized it ever since. A wonderful ukulele and community event! 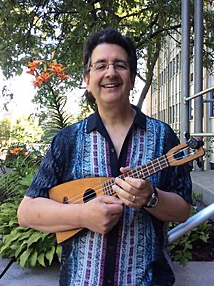 Finding a ukulele at the Pasadena Rose Bowl Flea Market in 1992 inspired Liz and Jim Beloff to start Flea Market Music, Inc., publisher of the popular Jumpin' Jim's series of ukulele songbooks. This series is sold worldwide and includes The Daily Ukulele: 365 Songs For Better Living and The Daily Ukulele: Leap Year Edition, two of the biggest and best-selling ukulele songbooks ever published.

Jim Beloff is the author of The Ukulele—A Visual History (Backbeat Books), producer of Legends of Ukulele, a CD compilation for Rhino Records and has made three how-to-play DVDs for Homespun. Jim is also an active songwriter. His 2014 two-CD set, Dreams I Left In Pockets, features 33 songs he wrote or co-wrote with uke legends Herb "Ohta-san" Ohta and Lyle Ritz.
​
In 1999, Jim composed and premiered "Uke Can't Be Serious," a concerto for solo ukulele and symphony orchestra. Since then the piece has been performed many times, most recently with the Choate School orchestra in Germany and Austria and also with the Michigan Philharmonic. In 2017, Jim premiered a new work entitled "The Dovetale" commissioned and performed by the Wallingford (CT) Symphony Orchestra. In 2018 he released a recording of both pieces entitled "Two Ukulele Concertos."

Ukester Brown
From August, 2011 though 2020, Ukester taught seminars and participated in concerts at the Silver Creek Ukulele Carnival hosted by the Two Harbors Ukulele Group in Two Harbors, Minnesota. In October 2011,  he participated in a 90th anniversary event for the Hennepin Theater Trust for the Orpheum and State Theaters in Minneapolis, MN. He was in a video featured at MINNPOST.COM. Ukester says, "I am proud to have participated as an artist/teacher at the 2016 South Florida Ukulele Fest in Ft. Lauderdale. 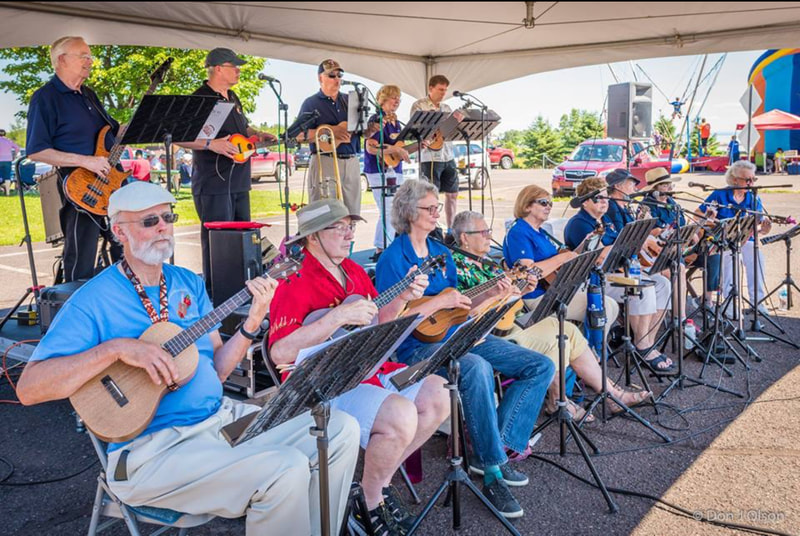 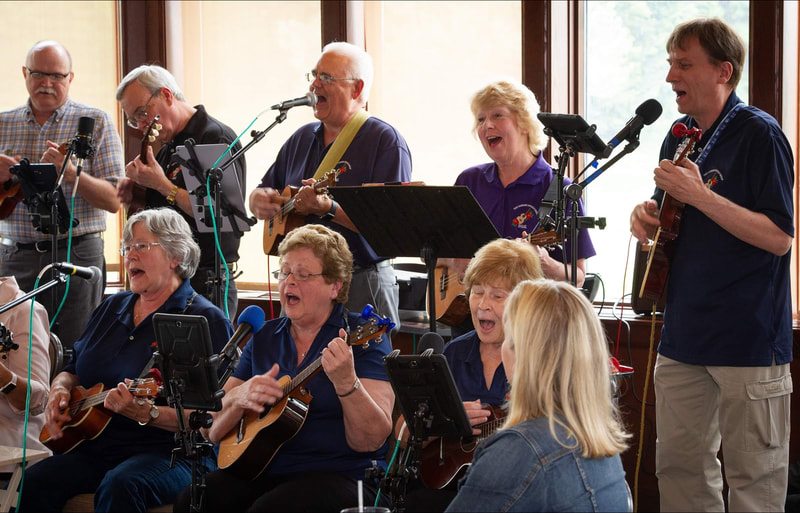 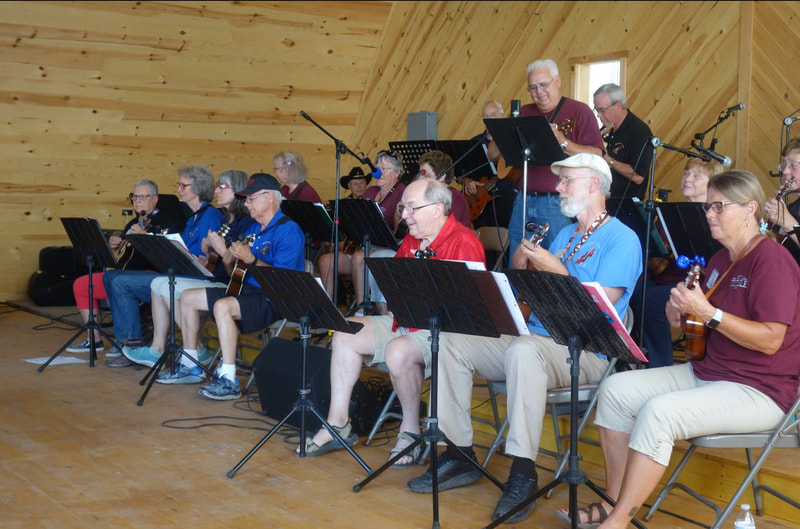 T.H.U.G. also hosts the annual Silver Creek International Ukulele Carnival. This ukulele carnival is unique in that the participants are taught several songs and then play them during the Saturday concert. We want to keep people playing and learning as much as possible.